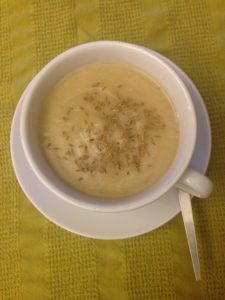 Who would have believed that curry lovers enjoy increased immune protection based on their dietary choices? Turmeric, the root that is the source of curcumin, has been shown to help fight bacteria, viruses and fungi. India, South Asia and the Middle East have been using turmeric for more than 2,000 years as a medical compound.

In the Journal of Alzheimer’s Disease, UCLA scientists reported that curcumin, a component in curry powder, and vitamin D-3 may help reverse plaque buildup in the brain. That research has many people adding curcumin supplements to their daily regimen in an effort to avoid drugs used for the early stages of dementia. Because these drugs can only slow the progression of the disease and may have side effects, curcumin/curry use is a healthy alternative. For more than 20 years, medical researchers have reported that India, where turmeric is widely used, has one of the world’s lowest Alzheimer’s rates.

A study in the Asia Journal of Clinical Nutrition reported that turmeric/curcumin can protect the gallbladder and promote bile flow during detoxification from drugs, pesticides and other toxins. Curcumin and a cruciferous vegetable (cauliflower, broccoli, Brussels sprouts) make an excellent combination for removal of mercury, lead and plastic residue.

Cauliflower Curry Soup is a great way to enhance liver function and reduce inflammation. Now good health can come in a cup.

Cut cauliflower in half, remove the core and cut into florets. Cook cauliflower, bay leaf, onion, potato and sea salt in chicken broth over medium heat until florets are soft, about 15 minutes. Remove bay leaf. Puree soup in blender. Reheat soup in saucepan over low heat and stir in curry powder. Sprinkle cumin seeds on top just before serving.