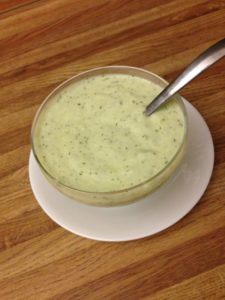 Yogurt dates back thousands of years but it has been increasing in popularity for sauces, salad dressings and frozen novelties for five consecutive years. Whether yogurt’s benefit in healthier lifestyles is related to consumption of less cakes, pudding or potato chips or the “good bacteria” it provides is subject for further research.

Nobel prize winner, Elie Metchnikoff, MD in 1908 declared that death begins in the colon, but healthy bacteria that produce lactic acid can improve digestion and immune function. It has taken Americans a hundred years to embrace the concept that adding microorganisms to their highly processed diet may have benefit. Some gastroenterologists are still undecided but the one I worked with in Chicago had everyone of his patients on probiotics or yogurt.

While the sale of Greek yogurt are driving the overall sales of yogurt, it is almost impossible to figure out which brand is best. As the milk fat has been removed from almost all yogurt brands, thickeners and gels have been added to produce texture and stability. Since there is no standard of identity for yogurt, food technologists can create whatever the market demands- so was born Greek-style yogurt as a higher protein alternative.

Today, many fruit flavored yogurts have the same sugar content as a candy bar. The label on a popular pineapple flavored Greek yogurt has 18 grams sugar. That equals 4 1/2 teaspoons sugar- the same as in 5 pieces Reese’s mini peanut butter cups or 1/2 cup ice cream! 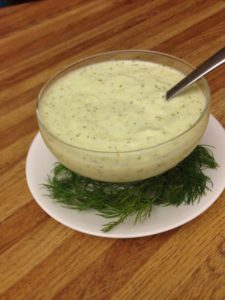 Add all ingredients to food processor or blender. Puree until smooth. Pour into container and refrigerate until ready to serve- 1 to 2 hours for flavors to meld. Serve as dip or salad dressing. Makes 4 servings.